This page is dedicated to inform on all types of (emissions) data of Heerema's fleet and company in general. This data could be also used to (roughly) interpret an emissions footprint for HMC projects. If you are looking for more specific yearly data, try the Sustainability Report.

Heerema has been operating crane vessels since 1963. Electrification of Heerema construction vessels became the standard around 1975, when the original vessels’ engine rooms were replaced by new diesel-electric power plants fueled by Marine Gas Oil (MGO) or Marine Diesel Oil (MDO).

Marine distillate fuels are generally referred to as 'DMX', 'DMA', 'DMB', and 'DMC'. DMX is a very clean fuel that can be stored for longer periods of time with little concern about its quality deteriorating over the long term. DMX fuel represents a very small amount of marine fuel that is used, and it is only used for special applications, such as life boat engines and emergency generators. DMA is also referred to as marine gas oil, or MGO, and is used when a cleaner or less polluting fuel is desired. DMB, often referred to as marine diesel oil, or MDO, is generally a blend of distillate fuel with residual fuel oil. DMB does not burn as cleanly as either DMX or DMA. The main difference between MGO and MDO is the sulfur content. DMC is the lowest quality grade of MDO.

Since many years Heerema exclusively orders MGO but it cannot be excluded that in the early years (also) MDO was used. With the advent of the Sleipnir in 2019, Liquefied Natural Gas (LNG) has become part of Heerema's fuel mix. Furthermore, Heerema is looking into the usage of Gas-to-Liquid (GTL) and Hydrated Vegetable Oils (HVO) as a cleaner alternative to MGO. GTL and HVO are both synthetic, paraffinic diesel fuels and show potential to greatly reduce emissions. 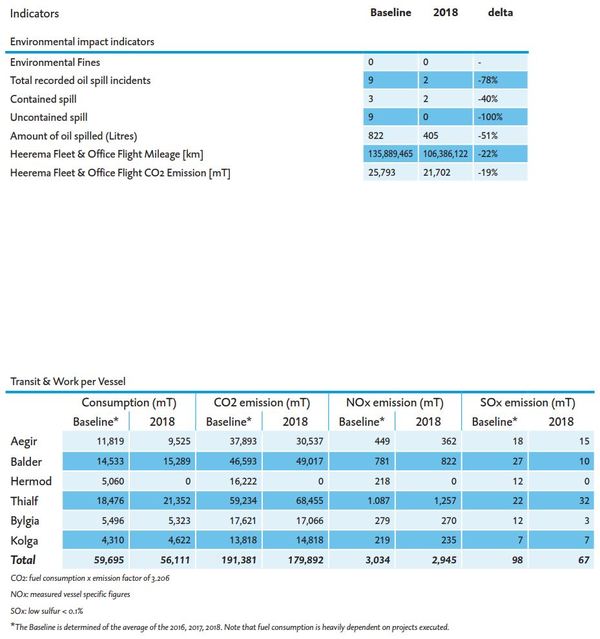 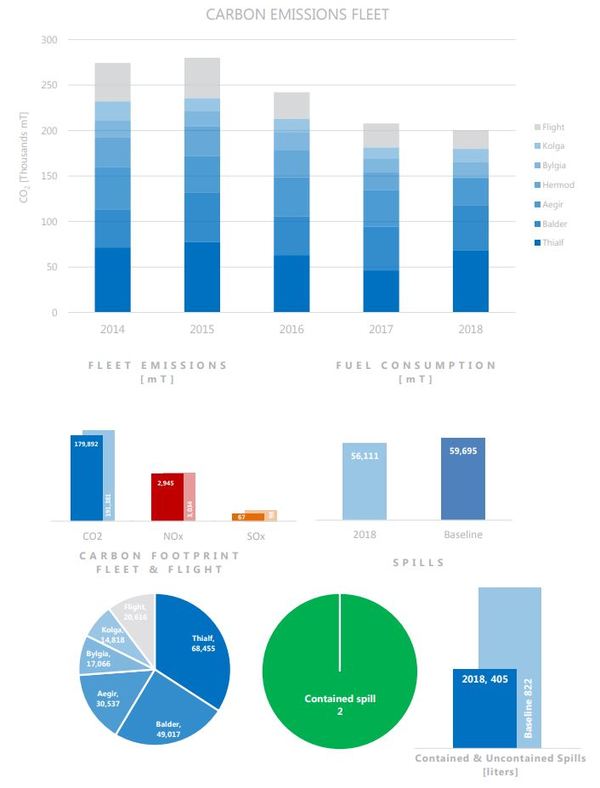 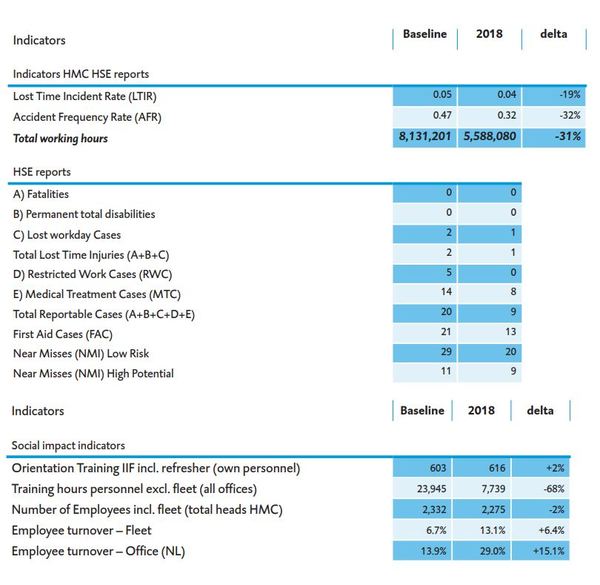 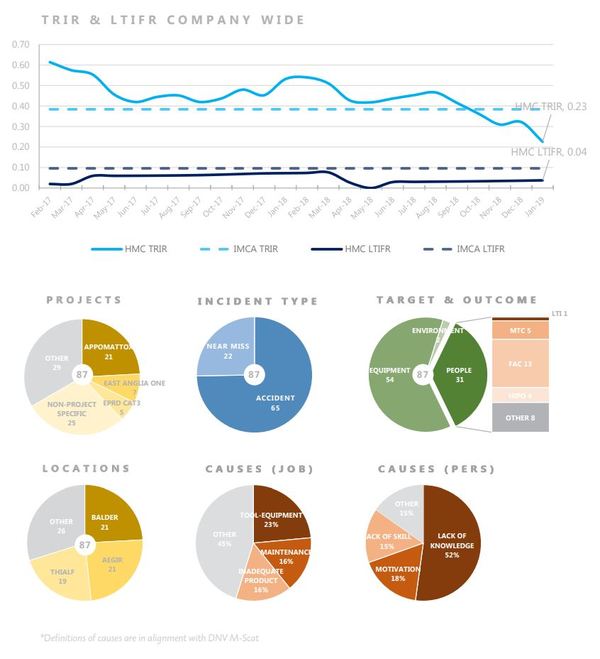 Is a world leading marine contractor in the offshore oil and gas industry. HMC transports, installs and removes all types of offshore facilities.

Specializes in the engineering and fabrication of large and complex structures for the offshore oil & gas and energy-related industries.